A 57-storey building that was completed in China with a time less than 3 weeks. Known skyscrapers are built prefabricated buildings shape fast. Should shorten the construction period.

These modules are assembled panel format Broad Sustainable Building, construction company in Hunan Province, and then brought to the site and assemble them into a 57-storey house assembly

There were video taping this house was built in 19 days, finishing quickly with lightweight materials

In 19 days, Broad Sustainable Building has completed building, though there were times when the construction is delayed.

Before that, at the time of 2012, unit project proposal to build a 97-storey skyscraper is expected to be the largest skyscraper in the world. However, when built to the 20th floor, the building is suspended a year for the authorities to reconsider the plan. 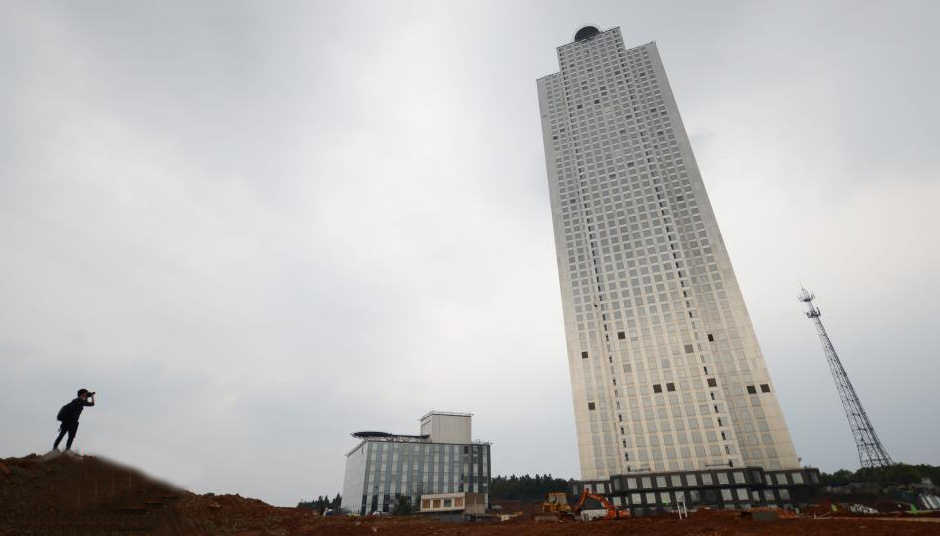 Then, this work is reduced in height than expected to 57 floors as current because it is near an airport.

Broad Sustainable Building had many recorded video fast forward the process of building "speedy" buildings. The company said it operates in 70 countries and uses sustainable technologies in the structures by using natural gas and air purification systems.

Technology Fast assembly building should be included in the works. Because shorten construction time. Do not damage the environment ....